Publication of Report to Policing Authority 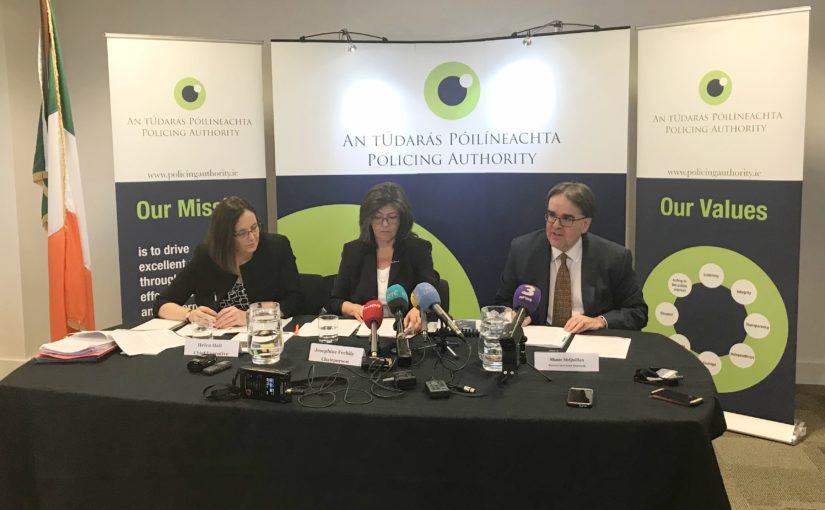 Pictured at the publication of report (L to R): Helen Hall, Chief Executive and Josephine Feehily, Chairperson of the Policing Authority with Shane McQuillan, Partner Crowe.

Crowe was commissioned by the Policing Authority in June 2017 to undertake a review of matters related to mandatory intoxicant testing and the incorrect issuing of summonses by the Garda Síochána instead of fixed charged notices.

On Wednesday 1 November 2017 the Policing Authority published the report of this review which can be downloaded below.

Speaking at the publication of the report, Policing Authority Chairperson, Josephine Feehily, said, “The Report by Crowe adds very useful analysis and a broad scope of understanding in relation to what happened regarding the breath test and fixed charge notice issues. While a range of explanations have been advanced, inadequate supervision and poor performance management are the heart of these matters. These cannot be explained away simply by issues relating to lack of training and resources. Unfortunately, the Authority cannot offer an assurance to the community that these problems could not recur, although we hope that they won’t.

The Authority in its commentary on the Report has advised that the Garda Commissioner must fully implement a meaningful performance management system for both Garda members and civilian staff so that there is a framework for supervision, for learning, for the delivery of policing plans and ensuring accountability of all his staff. This would be a positive outcome to a sorry chapter for the Garda Síochána that has damaged public confidence in a very tangible way.

From the outset, in its first remarks on these matters the Authority has positioned these issues in the context of integrity and culture. We encourage all Garda members and staff to embrace and live the Code of Ethics for the Garda Síochána which was launched by the Authority in January 2017.”

The Policing Authority also published its accompanying commentary on the matter, which summarises the Authority’s views and conclusions and how its oversight of these matters will continue. This commentary can be viewed by clicking here. 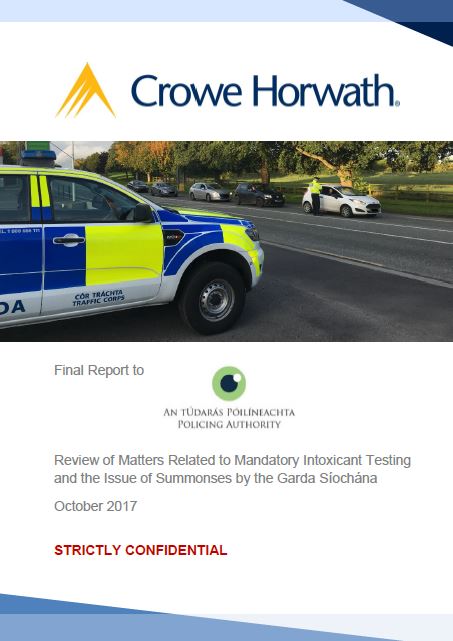