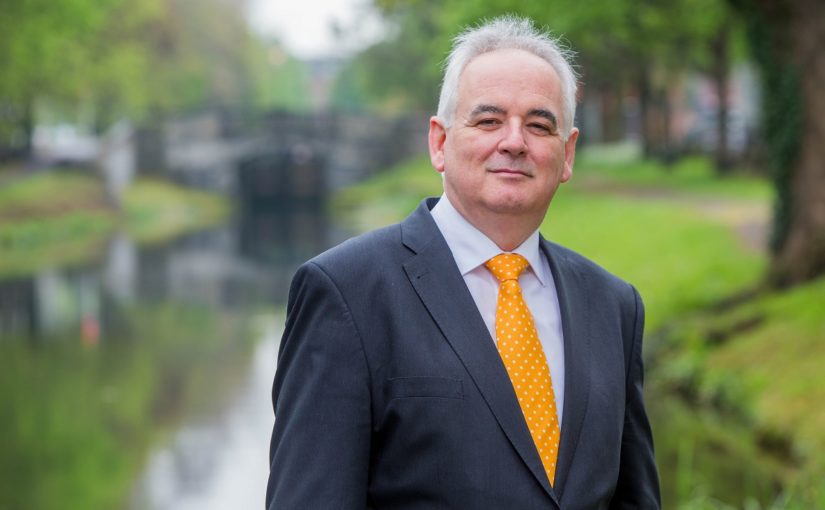 Gerry is a corporate finance partner and lead on our Business Value Builder Programme.

Gerry grew up in Finglas, North Dublin, the youngest of four children having two older sisters and a brother. His mother worked as a seamstress in Arnotts and his father as a technician in Telecom Eireann. Gerry’s father was responsible for all phone installations in Dublin in mid-70’s, a time when they were like “hen’s teeth”. In fact, his proud main claim to fame is that he installed all the phones for US President JFK’s visit in 1963.

He attended O’Connells CBS in city centre. He was not big into sport but did enjoy cycling a lot as a kid. His father was a great believer in education and thankfully Gerry loved school and learning, particularly enjoying maths and physics.

Instead of attending university Gerry decided to go straight into work as an “articled clerk” to a small chartered accountancy practice. This began his 5-year apprentice to becoming an accountant which he completed by the time he was twenty-one when he qualified. “It was a family friend that suggested accounting and he got me my first start.”

In the small firm where Gerry qualified he particularly enjoyed working with smaller firms and owner-managed businesses. But when Gerry qualified he joined EY he worked on audit and consulting projects with multinational clients and larger organisations like banks. During this time, he worked in London and then Toronto before returning to Dublin.

However, first love was SME business, “I always loved working closely with the key principals of a business getting to understand all facets of the operations and providing support where I can make a real difference.” So when his paths crossed with David Manley back in Dublin in 1989 and the opportunity came to join forces he jumped at it.

Gerry left EY and set up the Newmarket Partnership with David. It was this business which eventually merged into Crowe in 2014.

In terms of mentors, David Manley has had by far the biggest impact on Gerry’s career and his work approach. “David was an inspirational and charismatic character. Perhaps unusually for an accountant he was president of marketing institute and hobby was motor car racing. But it was his highly competitive commercial instinct which I like to think rubbed off on me most.”

“I try not to think too much like an accountant. Of course as a discipline it is important, but it is the strategic, cultural and personal forces in the business which ultimately make the difference. By getting these right the other ingredients of success will follow.”

Using this approach over the last number of years has enabled Gerry to develop a deep understanding of how a business ticks and what the building blocks are to creating value. From that understanding he has built a key service offering called the Business Value Builder Programme. This programme works with owner-managed businesses, helping build lasting and sustained value to ensure the owner secures a successful and valuable exit when that times comes.

Gerry now has the chance to pass on his experience to the next generation. “Our firm places training and talent development at its centre and it has been a real sense of achievement to have influenced so many careers over the years. I enjoy seeing how much former staff have progressed with their lives. Having grown up in working class area I was always struck by the innate talent in people which in most cases just needs nurture.”

Outside of work, Gerry has served as finance officer for both the South Dublin Chamber of Commerce and the Chartered Institute of Logistics & Transport. He has also been a supporter of St. Ultans School and Care Centre in Cherry Orchard. “Having grown up in Finglas I appreciate the disadvantage that an area can have on a person when the family supports are not strong. This project is unique and aimed at breaking this disadvantage cycle.”

In his spare time Gerry enjoys following rugby (but never actually played), cycling, travelling (enjoying holidays in France and Italy with extended family) and music. He also has a keen interest in history, politics and engineering, “My Dad and brother were both engineers so I suppose I grew up with engineering as a topic for discussion around the dinner table. I like rolling up my sleeves and learning how things work.”

Gerry is married with three grown-up kids (none of which have followed in his footsteps), and lives in north Dublin close to his childhood home. He prefers really good casual dining to fine dining and has an ambition to travel more – he hopes to go to rugby world cup next year.