Your Guide to Brexit 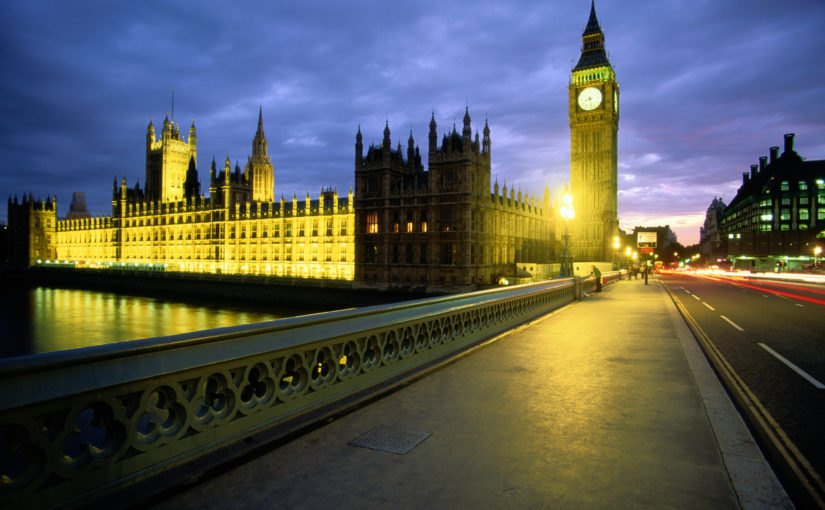 On 29 March 2017 Theresa May initiated the two-year time frame for the UK’s withdrawal from the EU. A sudden exit by the UK at the end of the two-year period is unlikely to be in anyone’s interests and therefore some form of transitional arrangement is likely to be agreed.

In this document we have set out the main negotiation positions of both sides at the commencement of the negotiations and we will update this with any agreements reached between the parties. We will refrain from commenting on media speculation, of which there is a great deal.

Recognises that the four freedoms are indivisible

Welcomes the UK’s acceptance that it cannot “cherry-pick”

The unwillingness of the UK to accept the free movement of people is the biggest stumbling block to retaining access to the single-market. Any softening of the position on this would be a welcome development from Ireland’s perspective.

Wants a Free Trade Agreement between the UK and the EU that covers sectors such as financial services and network industries. This to be agreed during negotiations

No negotiations on a future trade deal can commence until the terms of the UK’s exit are agreed.

Any agreement must ensure a level playing field and include safeguards against unfair competitive advantages.

Should the UK leave the EU without a trade deal then WTO terms would apply to apply to trade between the UK and the EU.

This would mean that tariffs would apply to goods exported from Ireland to the UK. Some sources have estimated that the average tariffs imposed on Irish exports to the UK could be in excess of 10%. This would be damaging to Irish exporters.

While the EU would be willing to commence negotiation of a trade agreement once they are satisfied with the progress of negotiations on the exit terms any delay in commencing this phase of the negotiations would create uncertainty and would be damaging to business.

In its White Paper the UK Government said that it would seek a phased process of implementation to allow businesses to have time to prepare for the complete exit of the UK from the EU.

A transitional arrangement could be agreed which would be time limited and during which the UK would remain subject to EU rules.

Any period which allows business to prepare for the reality of the UK’s withdrawal from the EU would be welcome.

It might also allow time for the implementation of a free trade agreement between the UK and the EU which would be in Ireland’s interests.

No specific comments on this matter by the EU.

A key part of the UK’s negotiation strategy in negotiating a speedy trade deal is that UK domestic legislation will be in line with existing EU legislations at the time that it leaves the EU. This also provides certainty for foreign businesses operating in the UK.

The issue of the border is addressed in Article 49 of the report. It states that:-

The United Kingdom remains committed to protecting North-South cooperation and to its guarantee of avoiding a hard border. Any future arrangements must be compatible with these overarching requirements. The United Kingdom’s intention is to achieve these objectives through the overall EU-UK relationship. Should this not be possible, the United Kingdom will propose specific solutions to address the unique circumstances of the island of Ireland. In the absence of agreed solutions, the United Kingdom will maintain full alignment with those rules of the Internal Market and the Customs Union which, now or in the future, support North-South cooperation, the all-island economy and the protection of the 1998 Agreement.

The Report also provides that residents of Northern Ireland who are also Irish passport holders will have all the rights of EU citizens.

At an event in Chatham House in London on 18 December 2017, Stefaan De Rynck (Michel Barnier’s senior adviser) stated on the subject of the border paragraph 49 of the joint report was crucial and would be a distinct issue in the next phase of talks. The undertaking that in the absence of any other solution the default position would be the UK would ensure Northern Ireland’s full alignment with Internal Market and Custom’s Union rules in order to avoid a hard border on the Island of Ireland is welcome. It is hoped that there will be no weakening of this position.

It is also interesting that Article 56 states that the next phase of the talks will also address issues arising from Ireland’s geographic position including the transit of goods from Ireland through the UK.

The EU and UK have reached and agreed methodology for the financial settlement.

No figure was provided but some experts have put it in the region of €45 billion. The UK Government have stated that no payments will be made until everything is agreed.

The report sets out specific areas on which agreement was reached between the parties. Including on:

The agreement also sets out guidelines on the role of the Court of Justice of the EU in protecting the rights of EU citizens living in the UK and this is will be a an indirect role.

The date set for the UK’s withdrawal from the EU is 29 March 2019, however in order to ensure that there is sufficient time for the Withdrawal Agreement to be ratified by the European Council and the European Parliament the EU’s plan is to conclude negotiations in October 2018. Given the pace of negotiations to date this is ambitious.

Talks about the transitional phase (expected to be two years) will commence in early 2018, with a plan to conclude these talks by March or April 2018. It is only then that talks about the future relationship (including a future trade deal) between the EU and the UK can start. There has been some mention of a political agreement on trade being reached to facilitate the finalisation of the Withdrawal Agreement. It is possible that talks on the details of a future trade deal will continue up to March 2019 and perhaps into the transitional phase. What is clear is that in the coming months we will finally have clarity on whether the UK wants a soft or hard Brexit and Irish businesses can begin making concrete plans for the future. 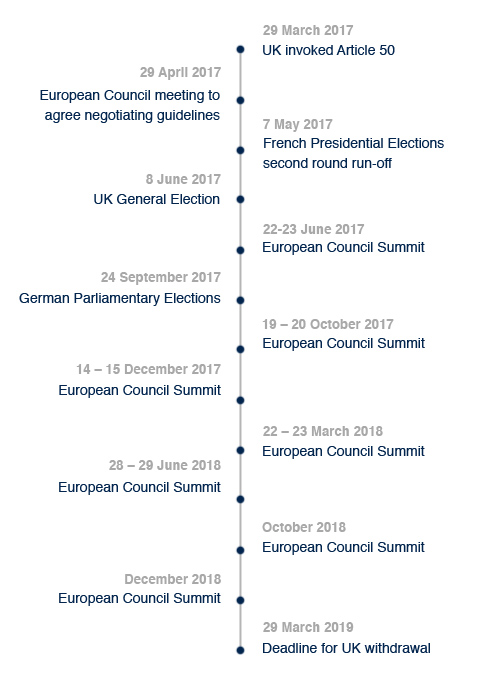