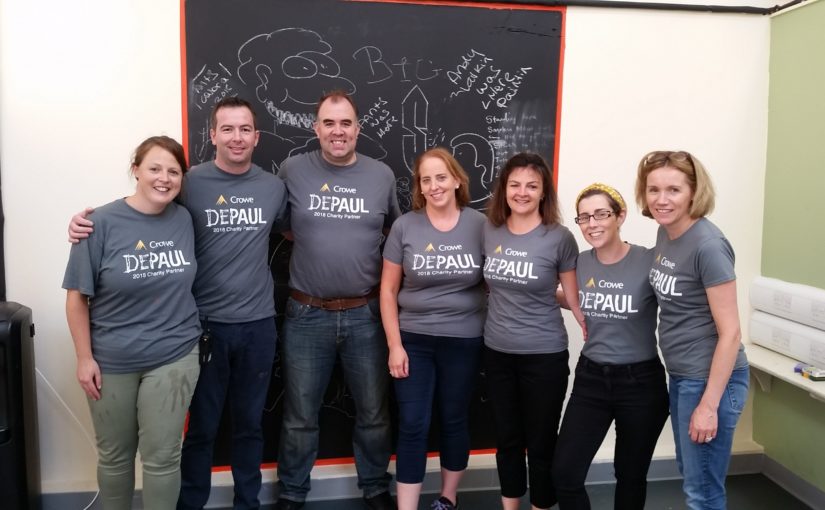 Crowe staff continued their support for local Depaul centre on Little Britain Street, Dublin 1, with a second weekend of volunteering.

During the first stage of their volunteering programme staff designed and painted a series of inspirational murals throughout the centre. In this second volunteering weekend, the centre’s service users picked a series of quotes from well-known songs or sayings familiar to them, which staff stenciled around the residential areas of the centre. A number of ‘talking walls’ were also created in the communal areas for use by the centre’s service users.

Staff chose to work specifically with the local Depaul centre at Little Britain Street for their 2018 CSR programme after supporting the centre through the seasonal “Presents for All” initiative in 2016 and 2017.

A number of additional fundraising initiatives have also been planned. Crowe staff recently raised over €2,000 sponsorship money by taking part in the 2018 Woman’s Mini Marathon in June. There will also be teams fundraising by participating in this September’s Great Dublin Bike Ride and the Depaul annual Raft Race against Homelessness, taking place in Dublin’s Grand Canal Dock.

Find out how you can support Depaul’s amazing work by visiting their website. 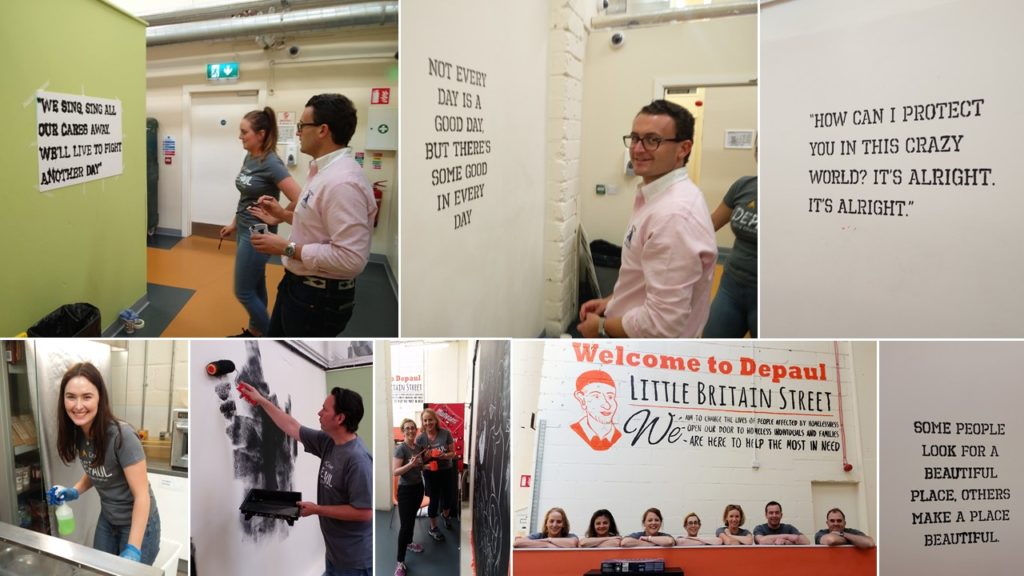